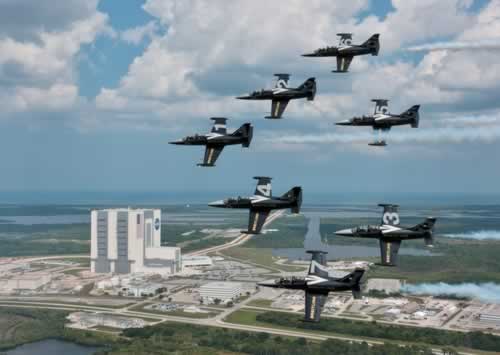 The Fort Lauderdale Air Show will feature three jet demonstration teams! For the first time in North America in nearly a decade, teams from three nations will gather together and perform at the same event.

The U.S. Air Force Thunderbirds will be joined by the Canadian Air Force Snowbirds and the Breitling Jet Team from France in a grand international aviation spectacle over the surf and sand of Fort Lauderdale Beach